Kickstarter synchronicity - Maybe it's the time or maybe the podcasts I am listening to, but Kickstarter is coming up a lot.

It sort of started when I saw that Instapaper (one of my most used apps) creator Marco Arment was creating a podcast app. While his is still in the works I got into Pocketcast (excellent - see my review) and various techish podcasts. The Accidental Tech Podcast (here) that he's on and Glenn Fleishman's The New Disruptors (here), which is about new ways of developing/funding. Kickstarter gets a lot of mentions.

Contact with them took me back to The Magazine (which Marco started a year ago). At that stage the articles didn't grab me, but when you download the app now you get the full back issues - and it impressed me enough to take out an annual subscription (it's a website and an app - here).

I had supported one Kickstarter last year - an iPhone case & stand system from Studio Proper which went very well. Then, following my post on roden on dragon's Eye I subscribed to that, admittedly just for Steve's disk, partly cause they had raised the funds.

But they say most backers are multiple backers & I've gotten into it.

Through The New Disruptors I heard about 99% Invisible - an architectural, design podcast. Which is excellent. They had done a Kickstarter for the current season & had another for the next - initially to go weekly.  So why support something that is free? Partly it's to keep it going - even free things have to get funded somehow. And with Kickstarter there are the various rewards - actual things for providing the funds. Anyway, it has been very very successful & met the goal and more. I'd recommend the podcast.(here).

The Magazine currently has one, to create a best of anthology of their first year, both book and actual. Now I don't want the book - I have the back issues - but I could give it as a gift. But one option also gives a discount on a subscription (in fact this can be added to any pledge). So I am thinking hard about it - it would mean a 2 year commitment to the magazine, but also showing support.(here)

I've become a bit of a Kickstart junkie, regularly looking through on my iPhone app. And have a few starred to think about.

One I have backed is an album by Tim Held (called Alb(L)um). What attracted me? Well, it was in the electronic category, has a goofy image which pricked my interest (band photos are a tricky way to promote something unknown). I played the video & thought the music interesting, as is the description of the project. Next, the aim is modest - only $200. 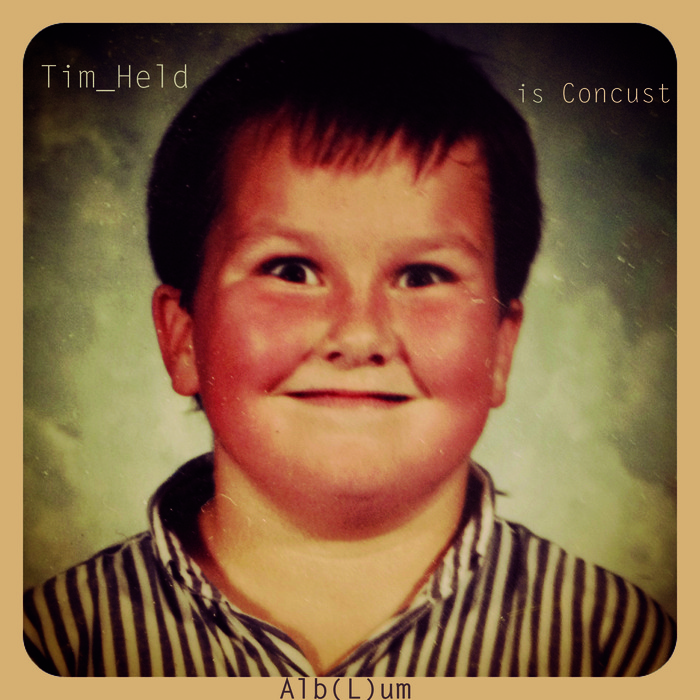 Then the cost/reward structure is excellent. For next to nothing you get the album, for a bit more you also get existing music (available to listen to on bandcamp) and then advancing ones with some physical product. The electronic downloads are good as it cuts the postage cost which has been a tipping point for me on some.

So I backed it: $5 for the album and 2 eps, and while there is still some time to go, Tim emailed me codes for the 2 eps. This is very generous/trusting as unless the project reaches its target he won't get any money. I think the reasoning is that he (rightly) feels we'll buy the album if it gets up on bandcamp if the Kickstarter fails (the kickstarter is for promotion costs)

The two eps support the impression I got of the brief listens on the video and bandcamp - satisfying electronic music, some beats, reminisent of Bill Nelson's Orchestra Arcana, but an individual voice.

So why back this or any other project? The reasons I see are