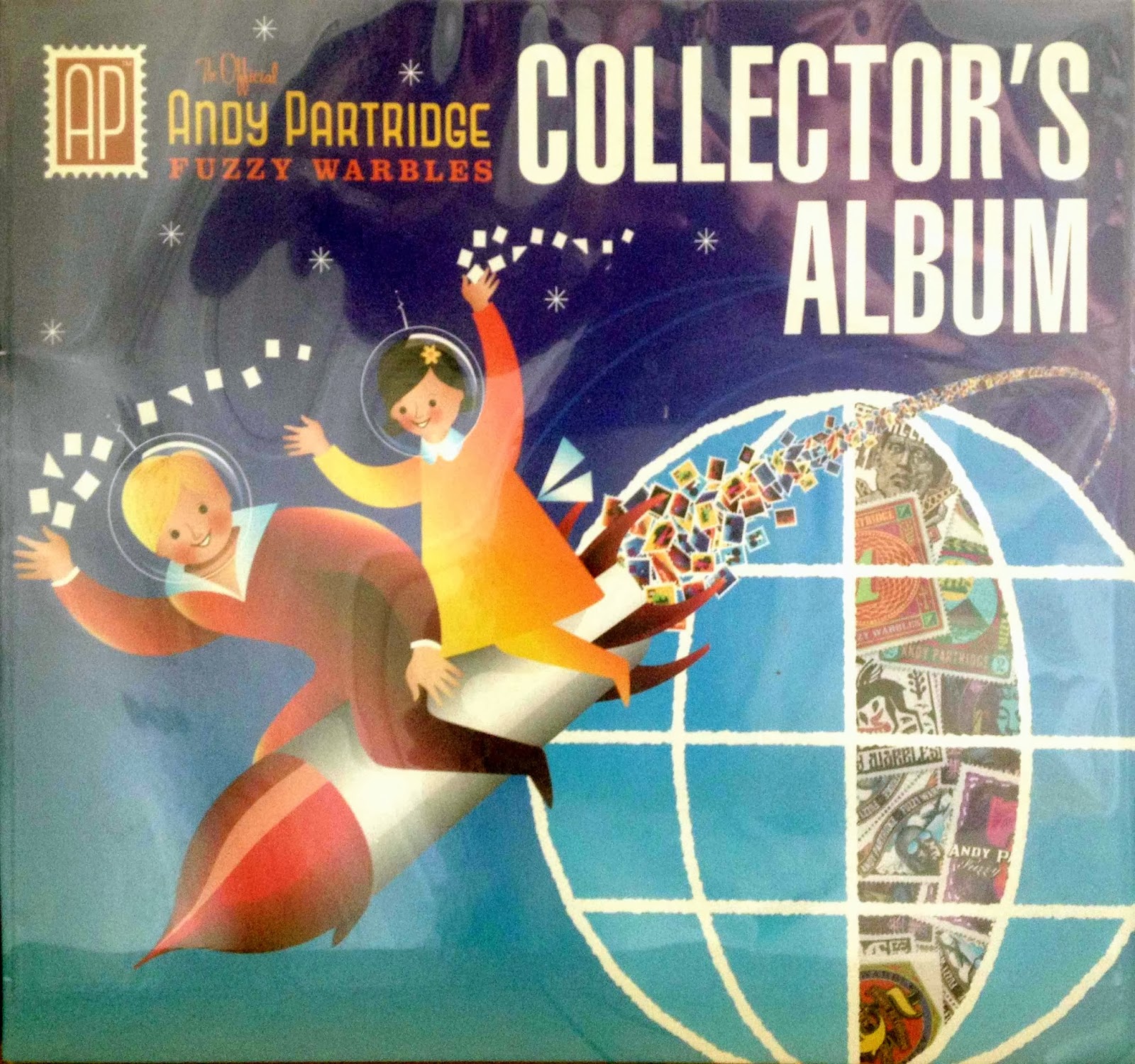 OK - I came to XTC just a little late: Life begins at the hop and especially Making plans for nigel were big hits and got me into the band and all their albums from Drums and Wires on came my way. This included the vinyl version of their first Best Of which was which came as a double album: Waxworks and Beeswax (the first was the singles, the second B sides). I got the numberered English Settlement, Black Sea in the green bag, the round Big Express, Psonic Psunspot, Take Away/Lure of the Salvage on a tape which was badly mastered with the 'start' about halfway through which made identifying the songs even harder!


Anyways, XTC are THE group of the 80s I think.

At the turn of the century I got the rarities, B-sides etc that is a Coat of Many Cupboards.

Then quietly, unbeknown to me (why didn't he tell me) Andy Partridge started releasing the Fuzzy Warbles. These were compilations of demos (XTC, Dukes of Strosphere and more), musical musings and doodles, songs for soundtracks and more. Each covered a range of ground and included extensive liner notes and lyrics. the covers were based on  stamps

Between 2002 and 2006 8 albums were released, and it was about the time of 4 or 5 I became aware of them. As imports each was quite expensive, but the as the series was drawing to an end, the Collector's Album was released

This takes the stamp theme and runs with it. The box is a stamp album - with theedges printed to look like the sides of a book. It comes in a plastic slip casewhich has the album contents printed on it. Inside the front cover is a book plate for you to fill in.

The 8 disks are nicely arranged and separated by card, so it keeps neat. There is a long book with an essay by Andy about the project - how he did his home recordings. And two little extras. One is a sheet of the 8 images, plus the AP logo, as stick on stamps (who would stick them on something! mine are still here nice and pristine) and an extra cd in a card cover, entitled Hinges (those of you who have never collected stamps will be left in the dark about why that name, those who have will remember the little bag of hinges that came with stamp albums) with another 9 tracks on it - making 161 altogether. There is no seeming rhyme or reason to the individual volumes - they mix early, mid. late XTC with Dukes with other demos, with film music. So each is a lovely separate compilation.